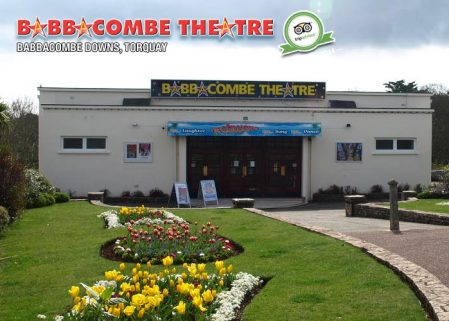 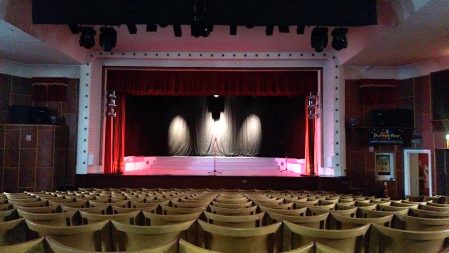 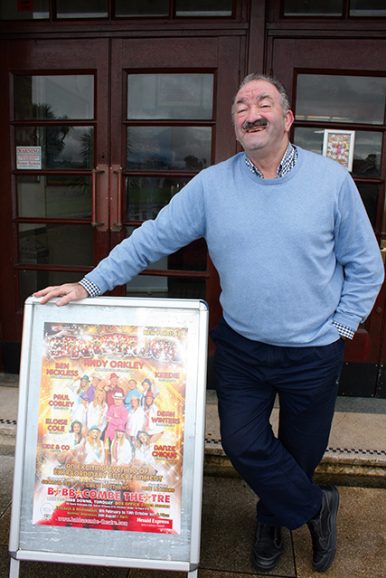 A fighting fund has been set up to secure the future of Torquay’s Babbacombe Theatre with owner Colin Matthews vowing: “I will not let the virus kill off this unique venue.”

The theatre has been in darkness with no income coming in since the Coronavirus shutdown in March, the first time it has closed since World War Two. Colin, who has been at the theatre for 34 years, said: “I thought that it would probably last three or four months but that now is obviously not the case and certainly theatres are likely to be the last of the businesses to re-open.

“If social distancing remains the same when we can re-open, it would not be viable to trade because as a general rule we need to fill at least half of our 600 seats to break even.

“And if these restrictions are lifted how long would it be before customers are happy to sit beside a stranger again and would you want to laugh or sing along with a face mask on?”

Colin said the safety of his staff was also paramount, adding: “Last but certainly not the least are the performers – keeping two meters apart would not work on stage.”

He praised the Government for helping businesses keep afloat with the furlough payments.

“However, I know that it has not been easy for the acts who are self-employed to get payments. They are the lifeblood of the entertainment industry and more help is needed,” said Colin.

“The small government grant helped to get suppliers paid but more is going to be needed and for the first time I am having to apply for a loan.

“It will be some time before we can open our doors again and this is why I am appealing for help from the public.”

Colin took over at the theatre when it as was threatened with closure in 1986. He says: “Most provincial theatres keep open these days with subsidies or lottery grants but we don’t get any. But I have survived, and I will not let the virus kill off this unique venue.”

Donations can be made here: https://babbacombe-theatre.ticketsolve.com/confirm-donations

We use cookies on our website to give you the most relevant experience by remembering your preferences and repeat visits. By clicking “Accept All”, you consent to the use of ALL the cookies. However, you may visit "Cookie Settings" to provide a controlled consent.
Cookie SettingsAccept All
Manage consent

This website uses cookies to improve your experience while you navigate through the website. Out of these, the cookies that are categorized as necessary are stored on your browser as they are essential for the working of basic functionalities of the website. We also use third-party cookies that help us analyze and understand how you use this website. These cookies will be stored in your browser only with your consent. You also have the option to opt-out of these cookies. But opting out of some of these cookies may affect your browsing experience.
Necessary Always Enabled
Necessary cookies are absolutely essential for the website to function properly. These cookies ensure basic functionalities and security features of the website, anonymously.
Functional
Functional cookies help to perform certain functionalities like sharing the content of the website on social media platforms, collect feedbacks, and other third-party features.
Performance
Performance cookies are used to understand and analyze the key performance indexes of the website which helps in delivering a better user experience for the visitors.
Analytics
Analytical cookies are used to understand how visitors interact with the website. These cookies help provide information on metrics the number of visitors, bounce rate, traffic source, etc.
Advertisement
Advertisement cookies are used to provide visitors with relevant ads and marketing campaigns. These cookies track visitors across websites and collect information to provide customized ads.
Others
Other uncategorized cookies are those that are being analyzed and have not been classified into a category as yet.
SAVE & ACCEPT